In its infancy, TMCC operated under the name of Western Nevada Community College. The parent campus was located in Carson City. Stead Air Base housed a secondary campus serving predominantly the greater Reno-Sparks area. Both campuses had their own student organizations, faculty senates, and administrative organizations. In addition to Stead Air Base, space for registration and classrooms was provided by the Washoe County Schools. The first of the multi-phases of construction for a campus on Dandini Boulevard in Reno was completed in 1976. The Dandini Campus became the central hub for the staff, programs and students.

In December 1979, the Board of Regents made the decision to split Western Nevada Community College and established Truckee Meadows Community College. TMCC became the fourth community college within the Nevada System of Higher Education. 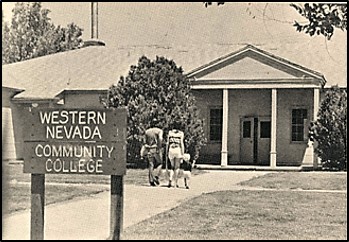