Constitution of the United States and Nevada: Home 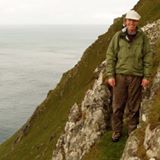