A basic guide to locating information about History in the TMCC Library.

The databases listed in this Research Guide are available only to Truckee Meadows Community College students, faculty and staff. You will need your TMCC credentials (Username and Password) to access them off-campus. 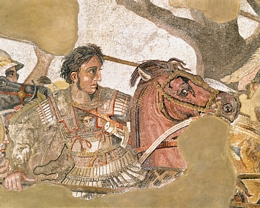 356-323 B.C.E. KING OF MACEDON Man and Legend. As the supremacy of the Greek polis gave way to that of Macedon, the center of political power shifted from the agora (marketplace) to the royal court of a single man. The accomplishment of Alexander the Great was to transform his father’s dominance over Greece into an empire over the entire oikoumene, or “inhabited world.” The breathtaking speed with which he used his own courage and tactical brilliance to conquer the Persian Empire have made his life almost a legend. Later philosophers and essayists like to ascribe to him a visionary ideal. 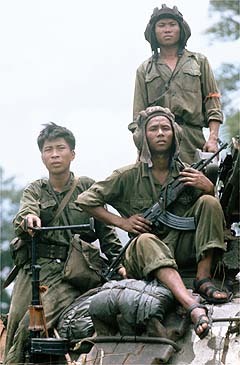 VIETNAM WAR, fought from 1957 until spring 1975, began as a struggle between the Republic of Vietnam (South Vietnam) supported by the United States and a Communist-led insurgency assisted by the Democratic Republic of Vietnam (North Vietnam). Eventually, both the United States and North Vietnam committed their regular military forces to the struggle. North Vietnam received economic and military assistance from the Soviet Union and the People's Republic of China. The Republic of Korea, Australia, New Zealand, Thailand, and the Philippines furnished troops to the U.S.–South Vietnamese side. With 45,943 U.S. battle deaths, Vietnam was the fourth costliest war the...View More