Constitutions of the United States and Nevada: Home

Video Tutorial on Finding Compare & Contrast Resources on the U.S. and Nevada Constitutions 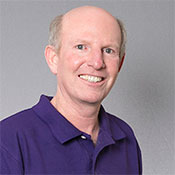