In 1997, TMCC still did not have an official mascot. After input from students and staff, two finalists emerged to battle it out for the title of TMCC mascot: Lizzy the Lizard vs. Trouty the Trout.

Voting was conducted through the student government, which at the time were known as the Associated Students of Truckee Meadows (ASTM). 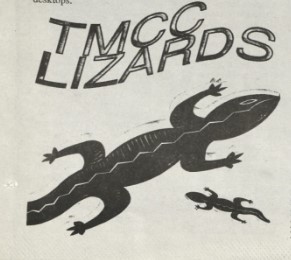 Tales of the Lizard go back to the inception of the college in the early 70s, when the college operated in Stead.

An article from the student newspaper the Stirrup, Volume 1, #2 (page 5)– October 12, 1973, tells of Seymour the lizard, and 'The Era of Lizard Power'. Legend has it there was even an unofficial 'Bring a Lizard to School Week' which led to a  monitor lizard from southeast Asia finding its way onto the desk of one of the instructors.

A day or two later something happened that made me aware that at least one student had been paying attention. I shared a big office with several other faculty members in the old administration building at Stead. I had my own desk, and on it that day before any of us were in the office, someone had placed a large cardboard box. Other instructors, coming in at the beginning of the work day, observed that the box occasionally moved and they could hear thumping and scrabbling noises coming from it. My colleagues, respecting my private mail and perhaps the box itself, had left it where it sat. When I arrived after teaching an eight o'clock class, my office mates all looked at me warily. I went to the desk. The box moved. Hisses, thrashing noises. Someone brave (not me) cautiously removed the top from the box and disclosed a big lizard. It clearly resented confinement, so after all the willing had a good look, the brave person advanced and returned the lid to the box. An hour or so later a student came to the office to retrieve his pet, a Monitor Lizard from Southeast Asia, he told us, part of his collection of reptiles.  - Ray Embry 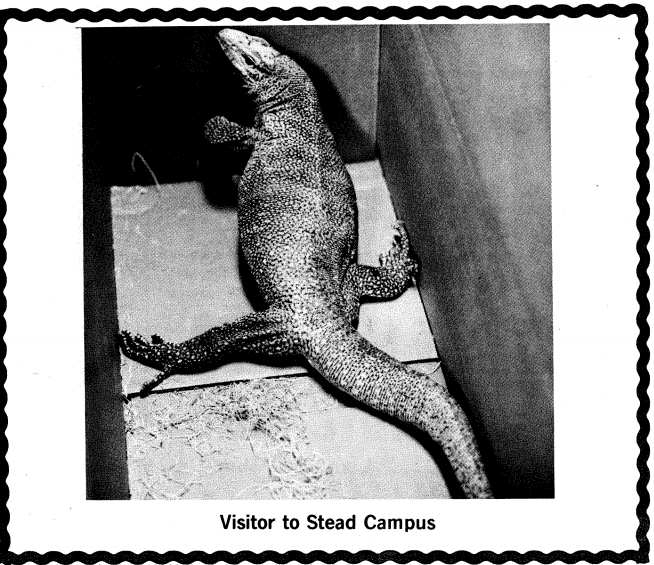 In 2014 following another SGA vote, a student graphic design competition resulted in the first logo to feature Wizard the Lizard. 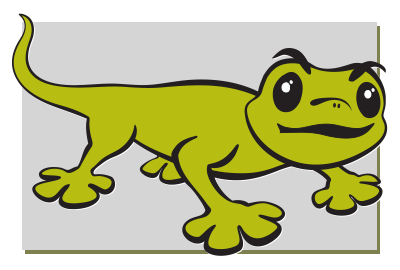 Through a partnership with the Food Bank of Northern Nevada, TMCC brings food and personal hygiene resources to students, faculty and staff.