In 1965 the federal government announced that operations at the Stead Air Force Base were being phased out. Shortly after, UNR submitted an application to obtain this property through the U.S. Department of Health, Education, Welfare, & General Services Administration. The property could be obtained at zero cost if it were to be used for educational purposes. Below is an excerpt from  the Board of Regents Meeting on November 11, 1965:

WHEREAS, certain real property owned by the United States consisting of Stead Air Force Base, located in the County of Washoe, State of Nevada, has been declared surplus and is subject to disposal for educational purposes by the Secretary of Health, Education and Welfare, under the Federal Property and Ad­ministrative Services Act of 1949, as amended, and rules and regulations promulgated pursuant thereto.

As the community college movement began to take shape, college officials in Reno considered numerous locations for the first campus site, finally settling on the buildings at the old Stead Air Force base which was then being used by the University of Nevada Technical Institute. Several divisions of the Nevada Technical Institute operation were absorbed by the college while others remained attached to the university. With enrollment pressures for evening classes, the college negotiated with the Washoe County School District for instructional space and made an arrangement to use Wooster High School and Clayton Junior High School on a "to-be-arranged" basis. A similar arrangement was made to use classrooms at Carson City High School. Churchill, Mineral, Lyon, and Douglas counties also strongly supported college development. College staff members described the cooperation of county officials in every county as "enthusiastic," "full," and "complete." The college was off to a booming start. 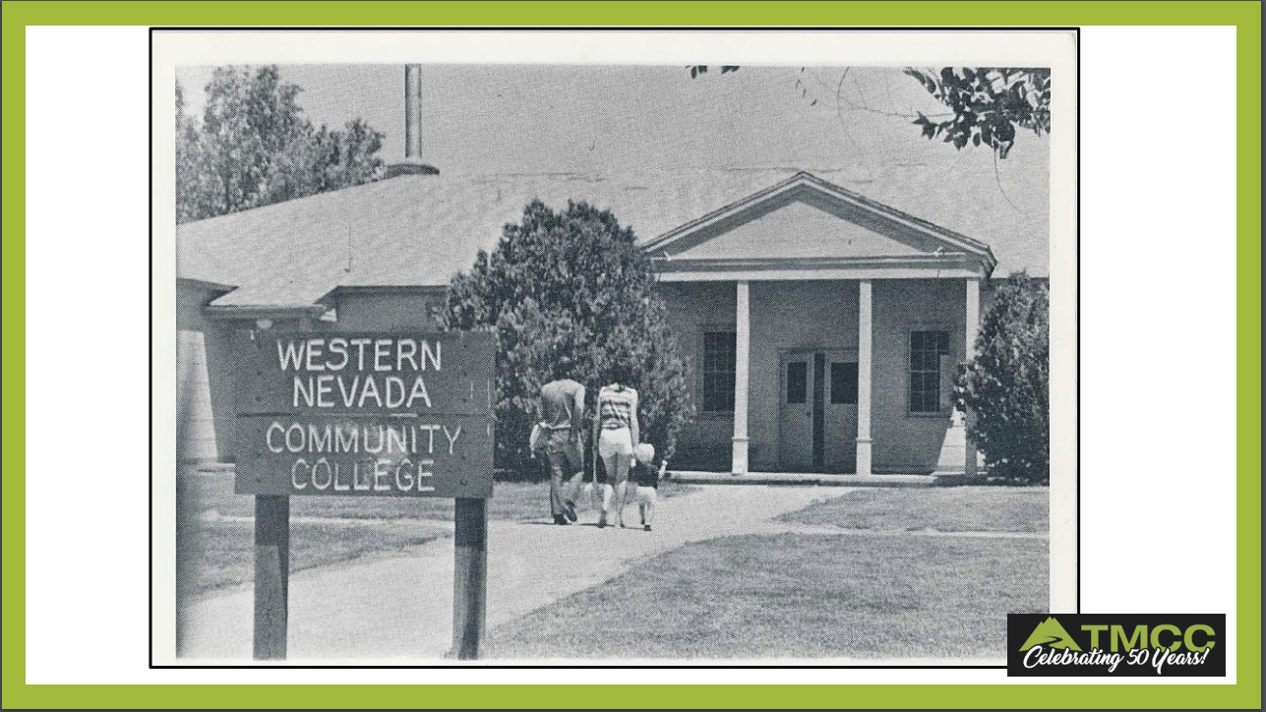