History of Student Government at TMCC

In spring of 1974 a president was elected for the United Students Association of WNCC, and a proposed constitution was published in the Echo. The constitution was ratified in fall of 1975 (printed on page 3 of Wildcat, Vol. 5, Issue 1). 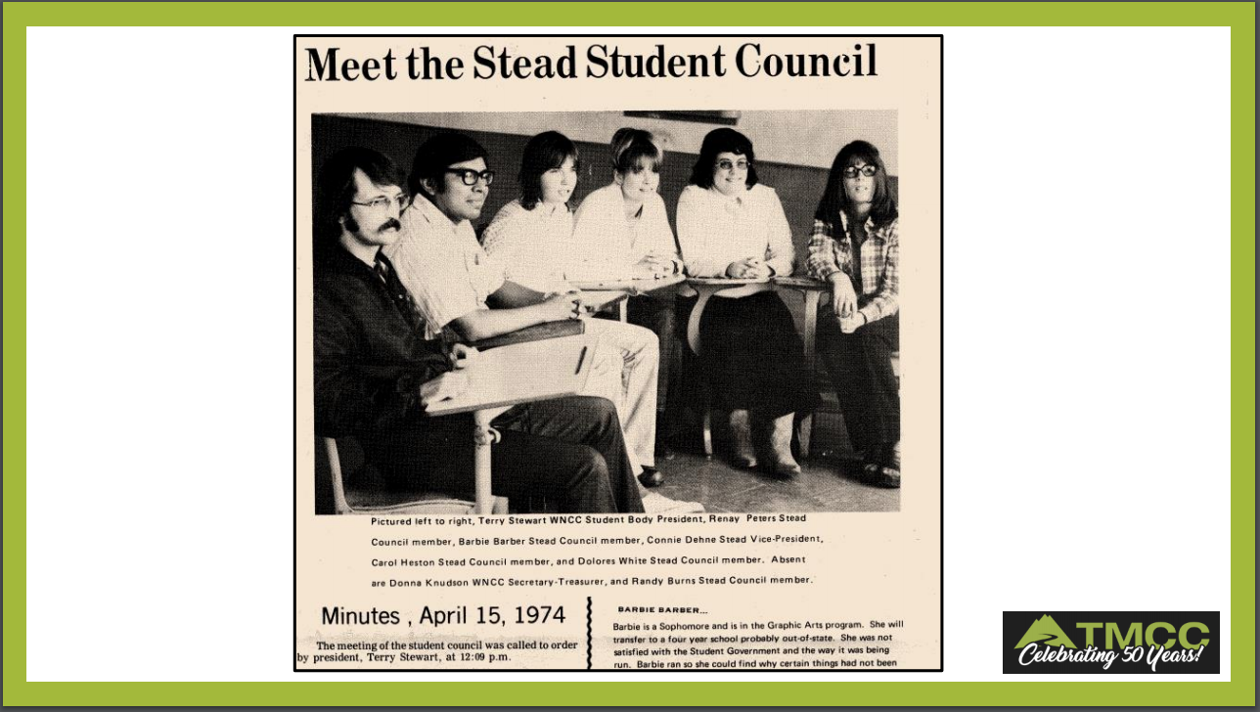 Page 232 of the college’s first self study in 1975 verifies that the USA of WNCC had been approved by the Board of Regents.  This organization was charged with managing all extracurricular activities under the guidance the Director of Student Activities and Athletics.

At some point, based on minutes from a 1979 meeting, the name of the student government was changed to Associated Students of Western Nevada. In December of 1979, the Board of Regents separated WNCC into two separate colleges, so in the spring semester of 1980, the Associated Students of Truckee Meadows was created.

In the spring of 1990, ASTM approved a new constitution (The Echo, Volume 14, #8) which added clauses for auditors of the University of Nevada System.  Then again in the spring of 2001, ASTM put a new constitution on the ballot for students to approve (The Echo, Volume 25, #8).  This new version proposed increase fiscal accountability, elimination of primary elections and representation for students at College centers.

The first use in The Echo of the term Student Government Association was in the spring semester of 2010 (Volume 34, #9).  This change would have generated a new version of the constitution for student government.

In addition to campus student governments, TMCC was part of a system-wide organization called the United Students of the University of Nevada System from which they withdrew in fall of 1980 (The Echo, Volume 5, #4).  Although there is no indication of its beginnings, another organization, the Nevada Student Association of Community Colleges, was created to better serve the community colleges in the state (Echo, October 1981, Volume 6, #2).